Take This is thrilled to announce the five finalists in the 2022 Dr. Mark Kline Award for Mental Health Representation in Games. Named after Take This’ first clinical director, the Dr. Mark Award is a biennial award given to one video game released in the last two calendar years which represents excellence in compassionate, non-stigmatizing portrayals of mental health themes and mental health challenges.

Past Dr. Mark Award winners include Stardew Valley and Celeste. Stardew Valley compassionately depicted the mental health struggles of many of its non-player characters. As the player, you retained the option of interacting with all the NPCs in a manner which inspired hope and healing on their part. Celeste presents protagonist Madeline in her anxiety-provoking climb up an obstacle-ridden mountain while simultaneously coming to terms with her antagonistic alter ego Badeline.

In no particular order, the 2022 finalists for the Dr. Mark Award are:

In the sandbox adventure game Spiritfarer, you play the role of Stella – a newfound guide to deceased souls, literally ferrying them to their final resting place. As you manage your boat’s resources, you explore the stories of the ferried souls by helping them meet their needs, and you encounter tales of loss, regret, and existential meaning.

In this platformer sequel to the beloved 2005 original, Psychonauts 2 finds psychic, 10-year-old Raz unraveling the mystery of a suspected double agent within the Psychonauts organization. To do so, he must enter the minds of various other characters to help them confront their fears and memories, as well as confronting his own.

Disclosure: Take This served as a consultant on this game. Take This staff will have no part in the judging process, and the five finalists were the most nominated games by a public nomination process. 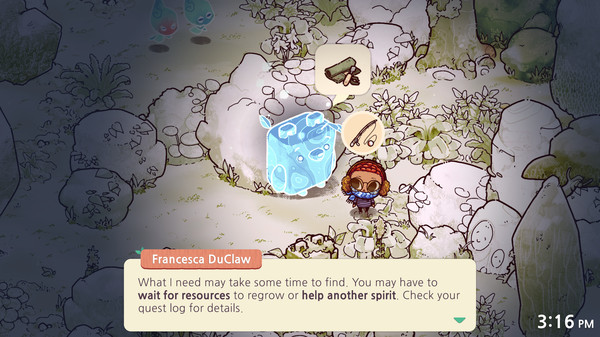 You are a Spirit Scout in this life-sim game, dedicated to help soothe the spirits of the…well, spirits who haunt the island of Cozy Grove. You do so by collecting resources and treasure, decorating the island, and finding secrets each day. As you do, you build friendships with the ghosts of the island, help them overcome their regrets, and bring color back to the island both metaphorically and literally. 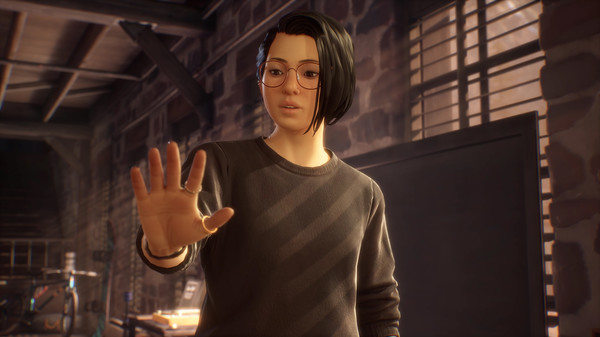 In the latest installment of the episodic, graphic adventure franchise, Life is Strange: True Colors, finds Alex Chen unravels a tragic mystery in a small, Colorado, mining town while struggling with her ability to literally feel the emotions of others. Is this extreme form of empathy a superpower or a curse, and how can she ethically use these powers to help solve the mystery of the town? 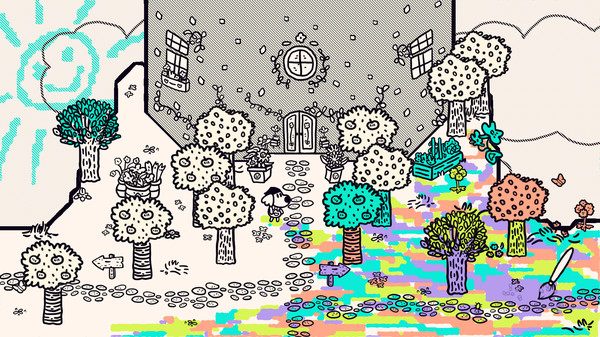 In the adventure role-playing game Chicory: a Colorful Tale, color has disappeared from the world as darkness spreads. The wielder of a magic brush –  passed from person to person, generation to generation – is the only hope for restoring the world to its previous state. Using the brush to solve puzzles and defeat bosses, the protagonist must also confront their own self-doubt as they try to bring color back!

The 2022 Dr. Mark Award winner will be selected by our committee of amazing game industry professionals, all of whom bring different perspectives and expertise to their voting process.

Some of our committee members include: 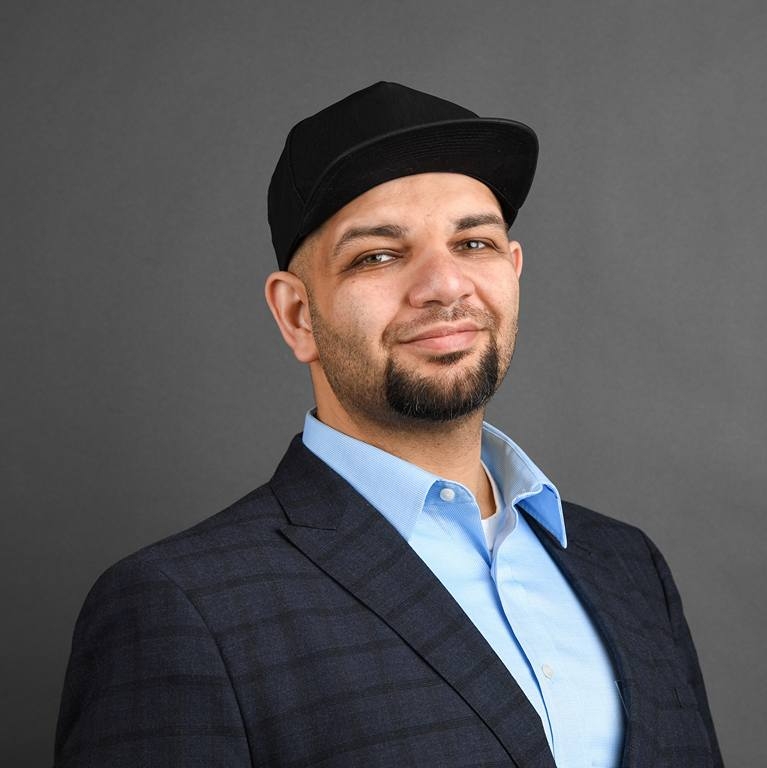 Osama Dorias is a Senior Partner Relations Manager at Unity Technologies and a career game designer who has worked at Warner Brothers, Gameloft, GEE Media, Ubisoft, and Minority Media.

He is currently also teaching game design at Dawson College. Osama loves to empower people in expressing themselves through game making.

He especially loves to give a voice to marginalized people and causes. Osama has hosted game jams, workshops and other community activities to this end, which has culminated in co-founding the Montreal Independent Games Awards. 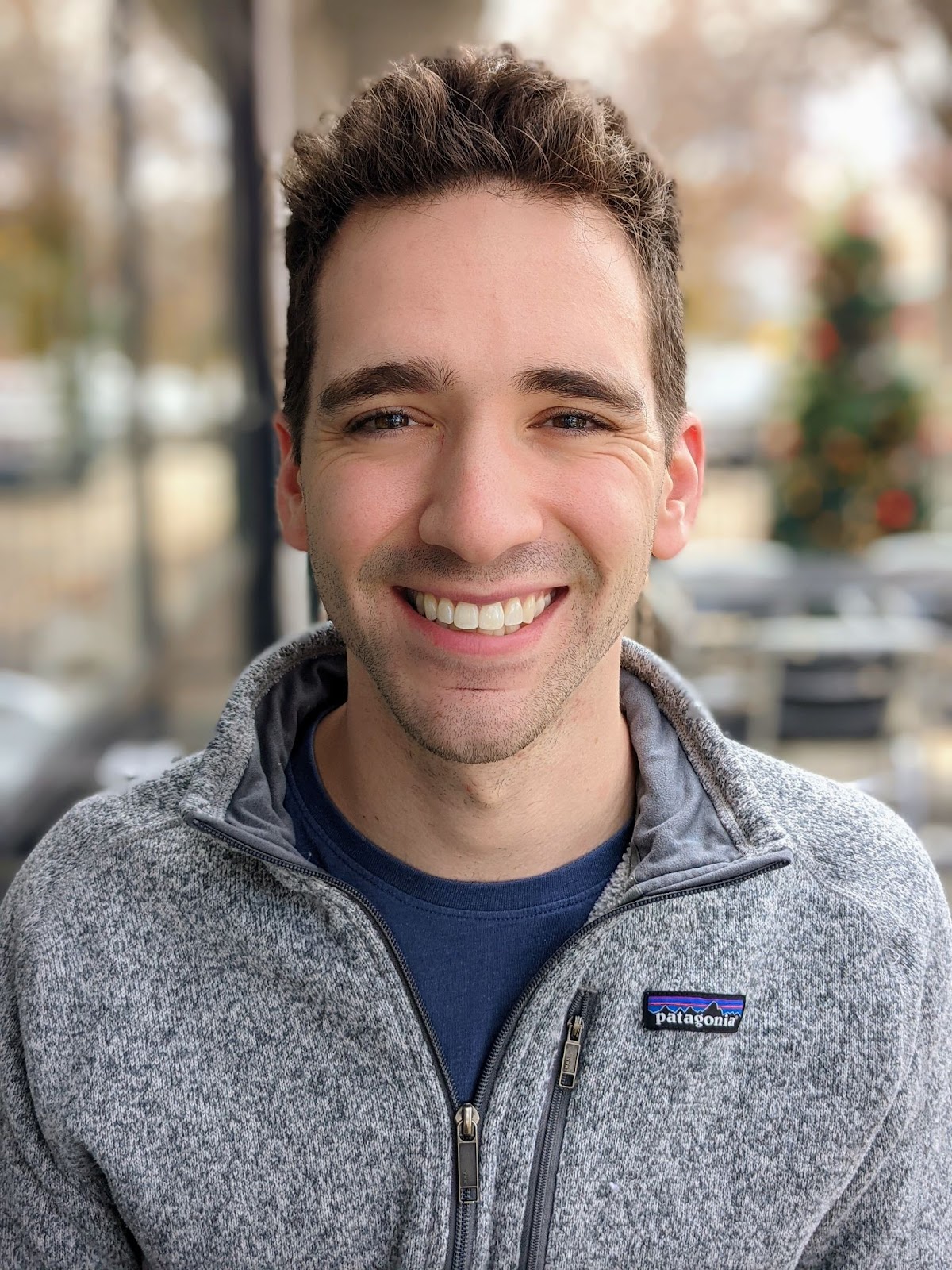 Dr. Amiad Fredman is a medical doctor specializing in digital health and games for health. He consults at various games for health companies where he advises and helps lead the design of medical videogames, serious games, or games with serious themes. He is an opinion leader for games for good on the internet, where he hosts his YouTube channel, Digital Doc Games, that is dedicated to exploring the many ways games are used for good. 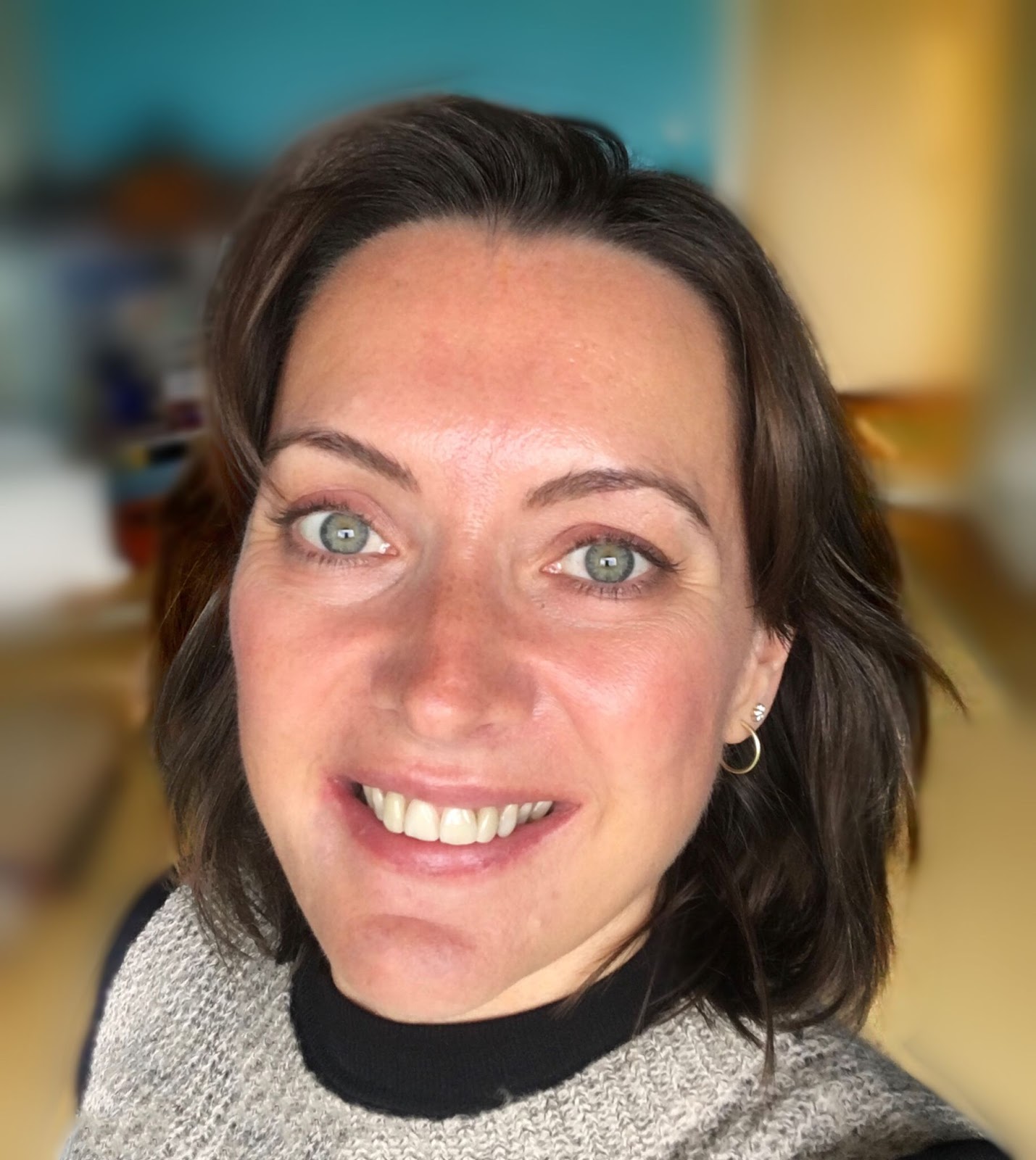 Connie came a long way in the game industry, starting as a professional comic artist at age 17. Stopping by in the animation industry as a storyboard artist, she eventually got a scholarship to study game design. After that she worked as an art director until the urge became too big to found her own company and create the story driven artful games she always wanted to as CEO and Creative Director of Jo-Mei Games. Sea of Solitude (a previous Dr. Mark Award finalist) is exactly that kind of game and her biggest success so far! 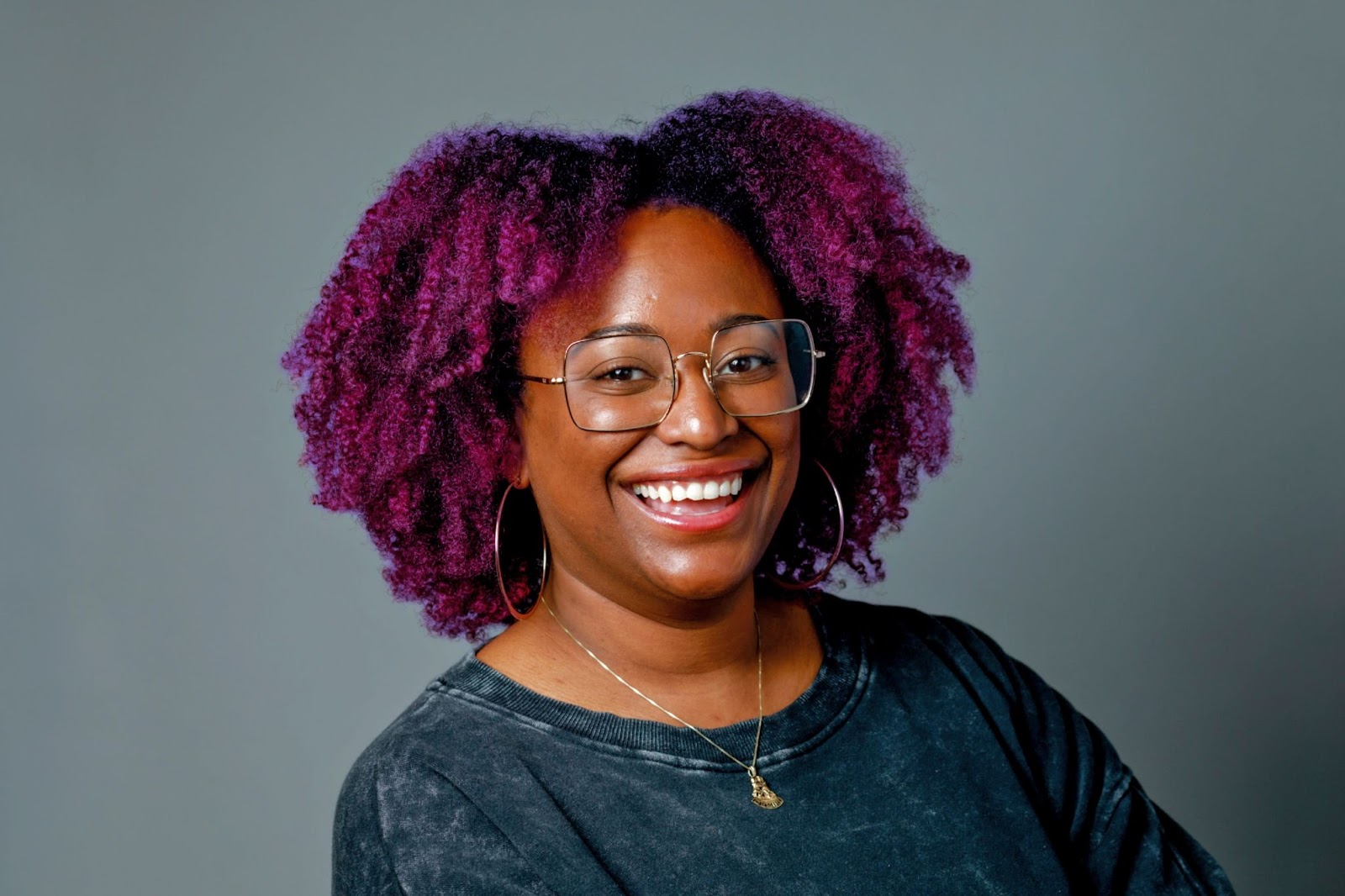 Riana has seen many sides of the gaming industry first-hand in localization, production, game marketing, and content creation. With credits including Halo 5, Ori 1 & 2, and Tell Me Why, her gamedev experience runs the gamut of large and niche titles. Riana has also combined her Diversity, Equity, and Inclusion education with her passion for games as a featured host for organizations such as DICE, on platforms including Paramount Plus, and in many channel appearances on What’s Good Games, Kinda Funny, Inside Gaming, Funhaus, and IGN. Always looking for a new challenge, she most recently joined the team re-launching the G4 network, and is now looking forward to her next opportunity to share her love of games.

When Will the Winner be Announced?

The winner of the Dr. Mark Award will be announced during an event which will be held during PAX West 2022. Make sure to follow Take This on Twitter or Facebook to stay up to date!

Special thanks to Double Fine, Finji, Spry Fox, Square Enix, and Thunder Lotus Games for providing copies of their games for each of our judges!